The euro and the U.S. dollar are the two most commonly traded currencies in the world. Pretty much every Forex trader knows this and has at least some experience trading them. They are popular because they represent two of the oldest and strongest economies in the modern world: the United States and the European Union. These have been historically wealthier areas and trading hotspots. As such, the currencies are stable and harder to swing trade.

The popularity of this currency pair, though, makes it quite difficult to trade over the short term. Because it is so heavily traded, the movement that it does have in price tends to be small, and it tends to be self-correcting. END_OF_DOCUMENT_TOKEN_TO_BE_REPLACED

A lot of financial experts expected the Dow Jones to hit 17,000 points earlier today, but instead of going up the last little bit to hit this milestone, the price dropped significantly. However, this should not have been a surprise. Basic market psychology says that as prices approach new highs, demand for the asset starts to taper. This happens for a couple big reasons: one, the price gets higher, thus limiting how approachable the asset is, and two, there is a greater chance that the asset will drop. This is the “the bigger they get, the harder they fall” philosophy of trading.

These ideas are not perfect, but they are generally accepted practices--even if they shouldn’t be. But they do make sense. High prices scare people away, even when there is every indication that the market can support the higher price. But because of this psychological reaction, a backoff in price is completely normal. END_OF_DOCUMENT_TOKEN_TO_BE_REPLACED

One touch options are one of the most revolutionary features of binary options. With these, it doesn’t matter what the final price of your asset is at the end of the expiration period. In this sense, one touch trading mimics the control that you would assert with traditional methods of trading--such as within the stock market or the Forex market. Rather than be at just the mercy of time, you can look for a price that appeals to you and execute that trade. You still will have the expiry to go up against, but now if the movement is in your favor early on, but fizzles before the trade expires, you will still reap the full profits that you had coming. This would be the same thing you could do if you wanted to sell off a currency lot if the price target landed earlier than expected, for example. END_OF_DOCUMENT_TOKEN_TO_BE_REPLACED

Currency investing has ceased being exclusive to the only the most sophisticated of traders. Individual investors now have access to a plethora of ways to gain exposure to currencies, and there are plenty of excellent reasons for doing so. From Forex to binary options and more, never have their been so many ways to profit from currency pairs.

As part of a strong and diverse investment portfolio, currencies work to offset the risk related to stocks, bonds, and various other types of investment. Global bond funds and specific currency funds are suitable for most investors. A riskier direction consists of more direct investment using investment tools, such as purchasing currency futures. Consider the following information prior to stepping into the currency investment arena: END_OF_DOCUMENT_TOKEN_TO_BE_REPLACED

This is, of course, a trick question. You do whatever it is you need to do to in order to keep making money off of it. If the index looks like it’s going to keep going up in price, you stay long. If a reversal looks imminent, you go short. If you aren’t sure, you stay away from it. In other words, you treat it the same way that you always would, even if it were not at any sort of record high price.

This has become a familiar question and topic of discussion over the last couple years thanks to big price jumps throughout the U.S. markets. Today, the S&P 500 hit a record high, and the NASDAQ hit a 14 year high, making this question once again extremely relevant to every trader out there. As you know, major indices like these signify more than just how stocks are doing. They give a clear picture of the general health of the overall U.S. economy, and that goes beyond just how the major corporations are doing. It also reflects upon the dollar, and many major U.S. based commodities, too. When the stock markets are doing well, it actually reflects upon the whole of the U.S. financial system. Other countries are more willing to do business here, and trading and investing activities increase. In short, the better the major indices perform, the better off everyone is.

Obviously, this is a generalization, but it is important to remember for your own personal trading. A good index performance, like the ones noted today, do not mean that you should back off. If the stocks behind an index look like they will keep going up in price, then the indices that measure them will keep going up as well, which means you should keep pumping money into them in order to increase your potential for profits. Regardless of your trading methods, there is still a ton of potential in this marketplace, and if you are smart, you will do what you need to do to make the most of this.

One hassle free method is to trade indices through binary options. There are a few benefits to this, the biggest one being that you can make a significant profit in a short period of time. For example, there are five minute options out there that are perfect for a day like Monday, February 24th. Even the Dow had a big jump here, and it was an ideal time to break things down into small chunks and approach it with caution. Let’s look at this a little more closely. 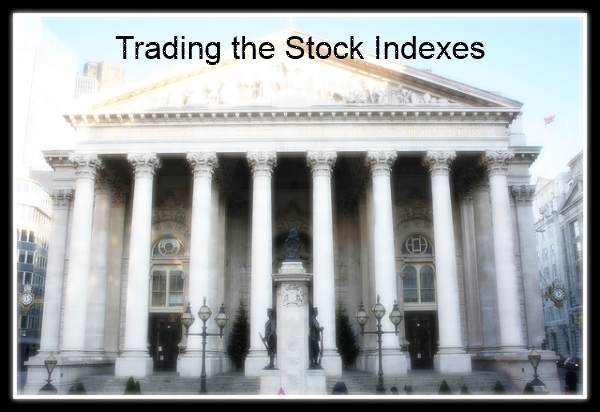 Many binary brokers allow you to trade in increments as small as $10. So let’s say over the course of the day, you executed 50 $10 trades, each for 5 minutes. If you strung them together consecutively, this would have taken just over four hours, so even if they were spread out with ideal timing, this is still very realistic since a trading day is much longer than this. And because you were timing them right, let’s say you had an 80 percent success rate--also very realistic on a day like this. At 78 percent profits per correct trade and a 100 percent loss on incorrect ones, you would have risked a total of $500 and lost out on ten trades for an immediate setback of $100. But 78 percent for a $10 trade is $7.80, and with this accomplished 20 times, you would have earned $156 in profits, giving you a grand total of $56 in earnings for the day. It’s not a lot, but remember, you never risked more than $10 at any one time. This would have allowed you a chance to back off immediately if need be with minimal losses.

Now look at what you would have accomplished in a traditional marketplace. The Dow had gone up by 1.06 percent by 2:30 PM, and in order to have made that same $56 here, you would have had to have risked a little over $5,000 right at the trading bell. You would have had all of this money tiex up the entire day and your level of risk would have been much higher. Now add to that the fact that you would have had to pay significant costs for your transactions--both initiating and ending the trade--and you have actually made less. This all assumes that you have found a stock broker that allows partial trades for free and executes them in real time--something that is very rare. Both types of trading are beneficial, but if you are on a limited budget and trying to make your money go further, binaries were the correct choice here.

Sometimes the past plays very little bearing on what the future holds for a set of assets. In fact, sometimes an asset that flopped horribly can turn around shortly after and perform remarkably. This may sometimes require a long term approach, but even someone who trades short term binary options can benefit from this fact. The thing here is that it doesn’t matter which direction assets move since you can make a profit either way because of the zero cost difference in call and put options. Still, many people like to focus on the assets moving upward, even with binaries. If you fall into this category, just remember that you are limiting your money making opportunities. If you intend still pursuing this, though, just remember that there’s a lot more to what an asset does than what it’s past performance charts will tell you.

The opposite of this is also true--and this is something that is often forgotten. Just because something has done well historically does not mean that it will keep doing so. For example, a lot of people find big potential in the energy sector. Everyone needs to use energy in some way for powering their homes, driving their cars, and so on. It’s a commodity that’s not going away. In fact, crude oil is the world’s most widely traded commodity, ahead of even gold, silver, and coffee. Still, many people have held onto their energy sector assets longer than they should have. If you look back at April of last year, energy indices were way lower than they were by the end of the year. According to one index (the Energy Select Sector SPDR (XLE)), this sector gained about $14, based upon a sampling. But over the month of January, prices have generally gone down. Much of the gains that were created over those eight months was erased in 30 days.

The funny thing about this is that major energy stocks have followed almost in lockstep with this particular index. And while the XLE isn’t available for binary trading, big stocks like BP are. If you overlay a one year price chart of each asset on each other, you will feel like you’re just looking at one graph instead of two. The point is, that although past performance can reverse itself in the future to change an overall trend, there are usually signs that this is happening throughout the market. If you pay attention to more than one indicator, your chances of being unpleasantly surprised by a change in trend become much less severe. And fewer surprises means more profits for you. 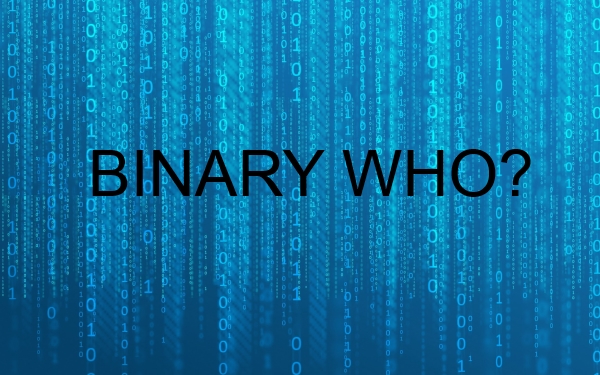 It really doesn’t matter what you trade, either. Things like this are all over the market, you just have to be aware. There are way too many examples to list, but once you get a feel for your asset of choice and learn as much as you can about it, you will start coming up with proven examples that others have found. If you’re lucky, you might even stumble upon a few that no one else has made public yet. There’s really no substitute for experience in this industry, but it has to be smart experience. Blindly following trade after trade will make you money, but you will make even more once you become intuitive of market conditions and use a holistic approach to monitoring it. This sounds intimidating, but it’s not. It just means look at more than just one asset and look at those things in many different ways and from different viewpoints. You don’t need to know everything, nor should you try, but learn about your asset of choice and study intently upon the other things out in the markets that affect it.