The Australian dollar is down at a three week low now because of the fact that economic indicator predictions of business investments dropped more than originally expected. A lot of this has to do with the mining industry, mostly the iron ore excavation that is prevalent throughout the country. There is obviously a lot more to the Australian economy than iron mining, but the mining industry in general is one of the most widespread sectors within its economy, and thus has a huge influence. 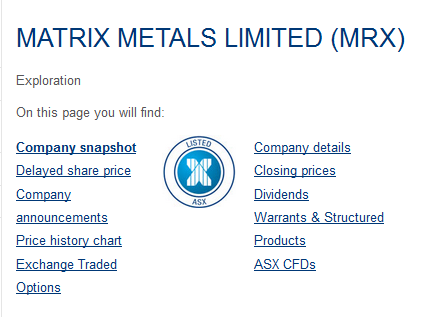 There are other warning signs within Australia that hint that the drop in price is not yet over. Ten year yields are the lowest that they’ve been since February 5th, and capital spending has dropped 5.2 percent over the last three months. This latter number is actually very concerning for a couple reasons. For one, the economy had seen an increase here in the quarter before, with spending going up 3.6 percent. No one expected it to keep rising by such a significant number, but a drop was still expected. However, the drop that was to be expected here was slight; only 1.3 percent. For the drop to be so much bigger raises a lot of alarm. Unlike Singapore which is seeing a different story. Whether you are trading from Singapore or just watching the markets, it is something to see for sure.

The second concern is that mining is more than just a single industry here. It affects many different factors within Australia’s economy, and a continued sharp decline here would be devastating. There are over 600 publicly traded mining and metals companies on the ASX, and this provides tens of thousands of jobs, thus providing stability for families in virtually every corner of the country.. It is estimated that these companies are worth a total of $320 billion dollars--definitely not a small amount of money. But look at this even further. Mining is the second largest industry here, but the fourth largest is just as connected to this because it deals with the usage of a lot of mined materials. This is, of course, the industrial sector. And while it’s tough to determine just how connected these two sectors are, when raw materials become more expensive, the companies that need them begin to struggle.

The problem is bigger than Australia. The mining industry has seen decline in other parts of the world, too. Prices for iron ore in China have declined to the lowest they’ve been since July 1st, 2013. This is perhaps even more troublesome, since the fact that prices on the resale market always lag behind the price of the immediate source. So it is pretty clear that iron will continue to fall in price for the time being. Commodity futures traders may want to begin rethinking taking extended long positions.

This information is definitely helpful, though, especially if you can decide how to use it to your advantage. Traders can easily use the falling iron prices to their advantage with some longer term options. Many brokers offer month long options, but a year long option here might be an even better idea if you can get a good rate of return guaranteed to you. This does create a difficulty since a year is a long time and a lot can happen in that time, but it is worth considering if things continue in this direction.

Before you decide to start going with short sales and put options, remember to take into account Australia’s biggest sector--the financial services industry. Australia is home to some of the biggest and most highly rated banks in the world, and global trade has been a huge motivator over the last three or four years. If you are going to go for long term short positions in any asset, remember that this is a powerful and influential part of Australia’s economy and it might be able to reverse this problem before it becomes too severe.

Where we go from here will be determined by many different financial indicators. If you use products such as the options robot to help predict price patterns you may be in good shape. There are a lot of tools out there that can make the difference over the long run. Stay informed at all times and be sure to trust your calculations. You don't want to get caught up on the wrong side.